When Uniqlo launched its first modest wear line, a collaboration with designer Hana Tajima, it made news for being among the first high street brands to feature hijabs and kebayas, a style of tunic worn in Southeast Asia.
The line was only sold in Southeast Asia as part of Uniqlo's initiative to connect with customers as it opened new stores there, and Hana's name was among those floated for a collaboration. "I had a presence over there for a while, so they got in contact with me, and for me it felt like a really natural fit given what Uniqlo does," she says. "It all came together in a way that felt very natural and organic."
But it became such an enormous success that now the line is being sold in the United States and the United Kingdom for the first time. We caught up with Hana the night her line debuted in Uniqlo's 5th Avenue flagship store to get her take on why it's important to have modest wear represented in fashion and whether she thinks hijab lines from the likes of Dolce & Gabbana are a lasting trend.

TheTradeBoss: Why was a line of modest clothing important to you?
Hana Tajima: I think in general, having another voice in the fashion industry is important. There are different ways to approach fashion and bring the diversity of life into fashion, to see it represented in a way that feels like we're addressing what's real about the world.
TB: Do you think it's more challenging or more fun to design for that sort of aesthetic?
HT: It's actually really interesting, I became Muslim when I was 18, and I had designed for a while before that. The way I see it is the way that maybe poets approach writing as opposed to prose — you have these structures, and it forces you to be maybe a little out of left field and to create something you wouldn't have otherwise thought of. For me, it's a really interesting process.
TB: This is the first time the collection has been available in the US and the UK — how does that feel?
HT: It feels fantastic! It's one thing having it sort of far away, but I live in New York, and my spiritual home is London, so it's a really special thing to share it with the people I love and the people I feel connected to.
TB: What kind of feedback have you been getting?
HT: It's been really overwhelmingly positive. Just the fact that it's gotten so much attention makes me feel like there is support for this other voice, and for other versions of beauty, to make this a more complete conversation.
TB: What does it mean to have this collaboration with a high street brand like Uniqlo?
HT: I think that's almost as important, because it's accessible to the people that want it. Working with Uniqlo has been fantastic, they've been so enthusiastic and really supporting this as a concept as well as the designs themselves, so they're really interested in voicing those alternative ideas.
TB: It seems like more high fashion designers are trying to appeal to this market. Do you think this is just a passing trend for them or something that's going to stick?
TB: I think it's something that the industry is slowly waking up to. It's such a vast market, and it's relatively uncatered to, so it makes sense, especially as more global scale brands are finding ways to relate to their audience on a more genuine level. It's something we'll be seeing a lot more of.
TB: What is your ultimate goal for the line?
HT: For me, it's to keep designing, to keep trying to be that other voice in a way that feels true to myself. I tend not to make plans further than a week ahead so it's really hard to say, but designing is something that I can't not do, so I always come back to it. I think this is the basis for a really strong relationship and I'm happy to see where that goes. 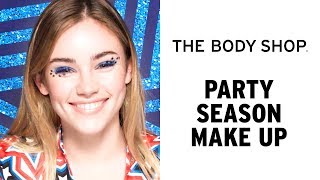 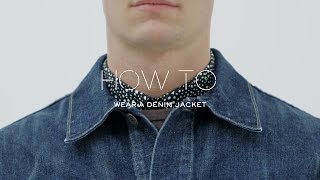 How To Wear A Denim Jacket 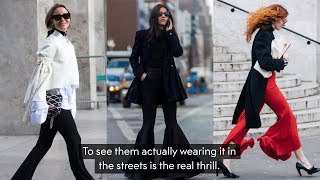 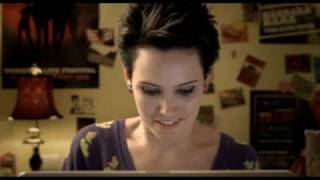